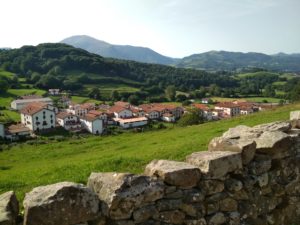 The first morning in Amaiur, we were brought to the highest point in the village. It was a 20-minute trek from the hostel to the peak of the hill. Within those minutes, we got an opportunity to take a quick look at the village and form a basic idea of its structure and identity. A short lecture was given as we studied the town’s basic history and planning. All of us were given instruction to draw whatever we wanted based on the view we were seeing. We were given an hour to finish whatever we could and proceeded to head down to a small pavilion to compare what we had accomplished. It was a good exercise to see works with different styles and different characteristics.  It also showed what we were capable of doing and what could be done to improve our work throughout the next few days. Surprisingly enough, the exercise was a great way to break the ice. Our artworks were means to start conversations with our peers. Later that day, I noticed that everyone was a bit friendlier and more accommodating compared to the previous day. Lunch was livelier than all the previous meals we’ve had at that point. It was obvious that was the group was getting along nicely as early as the second day. 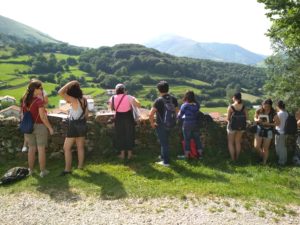 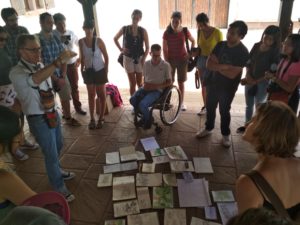 The next few days revolved around studying the different towns’ history, planning, culture, and carpentry. 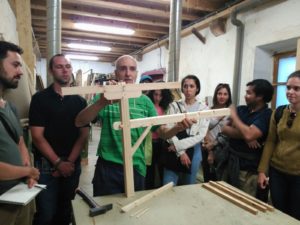 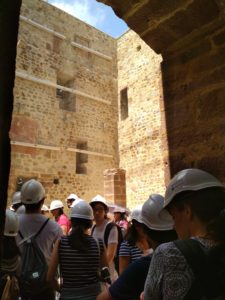 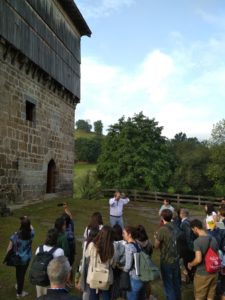 Before any work was done, there were quick lessons and discussion about the town. It was necessary to have a mental picture of the towns’ architectural identities. The professors were very particular about keeping the identity of the area by showing small details like color, texture, and proper proportion. We were tasked to translate these ideas into different types of drawings like plans, elevations, sections, perspectives, vignettes, and other means of architectural interpretation. Oftentimes, the students were split up into smaller groups or pairs. What was great about this was that we were more engaged with our peers. There was a lot of time to actually converse to each other. As I spent more time talking to the others, I started to find that most of the students were accommodating and genuinely nice people. A few days into the program and I already felt the warmth and hospitality of everyone around me. Meals were something to look forward to; just to share food and conversation with my new friends. 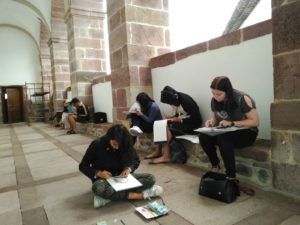 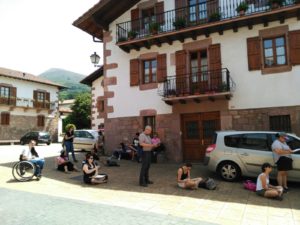 The more we got comfortable with each other, the greater our enthusiasm was to learn. This may be a summer school program for the traditional architecture of Navarre, but it felt like something more than that. 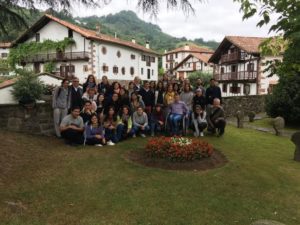 There is something here that is difficult to explain. It is magical to be part of a group of people with different backgrounds, age, race, and culture coming together for one single purpose; and that is to learn. Not to learn just from the architecture or the built environment, nor from the professors, speakers, or the craftsmen; but from one another. To learn how to breach the language barrier and communicate with something all of us here are evidently passionate and truly in love with, the language of architecture.