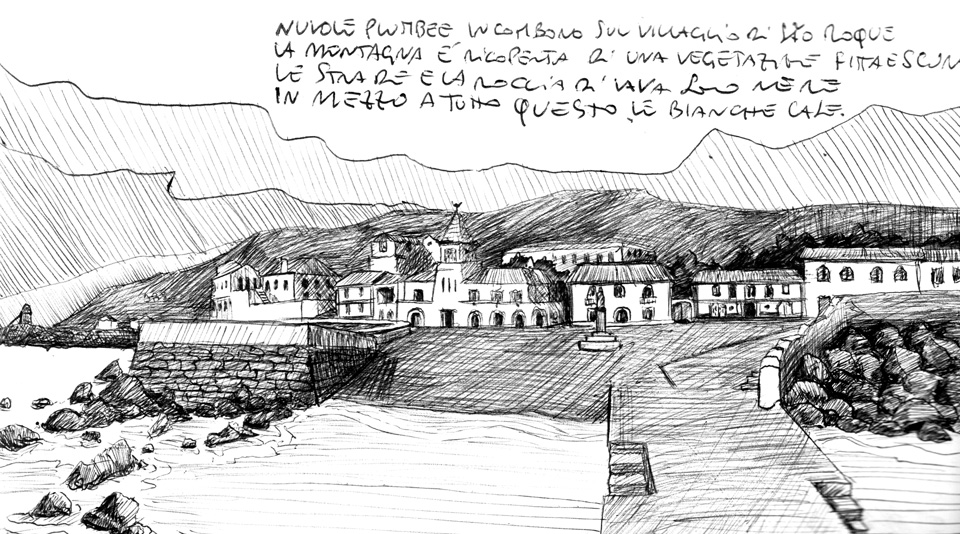 In 1964, with the Architecture Without Architects exhibition at MoMA in New York, Bernard Rudofsky emphasized the value and the importance of vernacular architecture as an art form as the result of a mix between human intelligence and the spontaneous activity of a population with a common heritage in close relationship with its surroundings.

Here, in the middle of the Atlantic Ocean, the strong rain-laden currents, the deep ocean and the “recent” volcanic activity evidences, conditioned and guided during the time, the slow domestication of the island’s landscape by the Portuguese settlers committed to making the archipelago habitable.

The land was organized and modified so that agriculture, particularly of the wine, was possible. Vineyards are nowadays dominating the landscape between the sea and the mountains. Therefore, lava stone has been patiently used to create currais, dry stone walls enclosures, realized to defend the small vine plants from the winds and to maintain a constant temperature to ensure grape production. In this rural landscape made of endless and labyrinthine patterns of dry-stone walls, rotary mills, stables and warehouses, residential buildings, also made of dry stone and no higher than two stories, seem to be the knots of this pattern.

Housing forms and types have to adapt to the mutable changing weather conditions and to the fresh water collection need, which is very poor on the island: as an example of that gutters cover as spirals the buildings walls, conveying water into semi-underground cisterns. 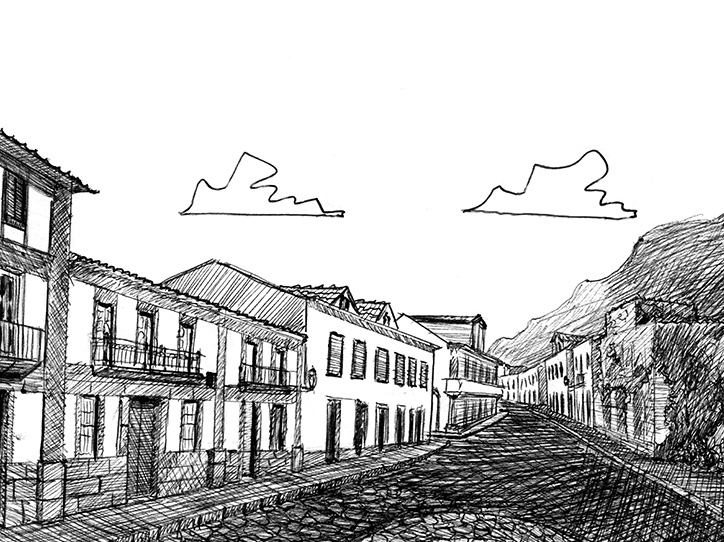 The housing ensemble is made up of spaces of different volumes each of which has a specific function and depending on the use, spaces are oriented either to protect themselves from the winds, as in the case of the sleeping and living areas or to take advantage of them by channeling them encouraging air circulation inside, as in the case of the kitchens. Following the same principle entire small villages are situated along a ridge road parallel to the coast line as in the case of Lajes and São Vincente or perpendicular to it as in the case of Criação Velha.

Main economy has formed and shaped many villages and in some cases this is still visible as in the case of Lajido, since always based on agriculture and still now perfectly connected with its countryside or the villages of Lajes, São Roque do Pico or Ribeiras where fishing and whaling, in particular sperm whaling, has been the most profitable activity until the 1970s giving them a strong identity.

In Ribeiras, the main square with the church and the meeting places ends to the east with the harbor dock, off-centered from the village that was originally all developed to the west of the harbor. Here the coastline is not a border, and the ocean waters are not something unknown, but an integral part of these people´s habitat, and this explains the reason why the town square was built at the center of the working-area, of those from the countryside going to the sea. 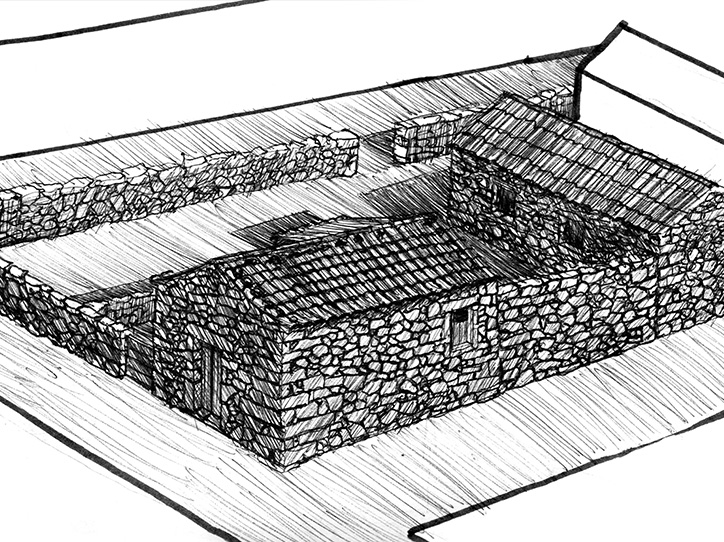 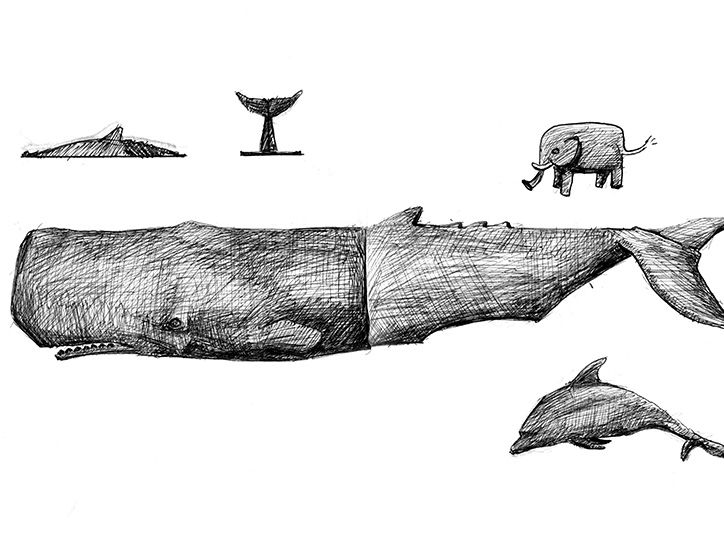 Spending the two-week workshop on the island was a wonderful opportunity that allowed me to learn about the richness of this extreme land and relate to passionate people from all over the world who were interested in studying traditional construction techniques. Going from survey campaigns to seminars allowed us to immerse ourselves in the reality of this deep-sea land.

The last few days have been dedicated to the project proposal for the redevelopment of the village of Lajes, whose urban structure is generated by a road parallel to the coastline, onto which the main buildings face and from which secondary roads lead off, climbing up the mountain and down to the sea, creating proto-urban blocks, inside of which stone gardens and vegetable gardens ordered by dry stone walls still narrate of the self-subsistence strategies of these people.

Awareness to traditional building systems, the use of local materials, and the understanding of vernacular architecture and its strong connection to the environment, especially in ecosystems at risk related to climate change and pollution in this case of the ocean, as could be the island of Pico, offered us suggestions for a widespread practice of more sustainable and environmentally friendly architecture.

This could allow us to identify architectural guidelines for a more sustainable development both social, economical and environmental, that could lead us in setting up a future led by a more conscious way of inhabiting the earth. 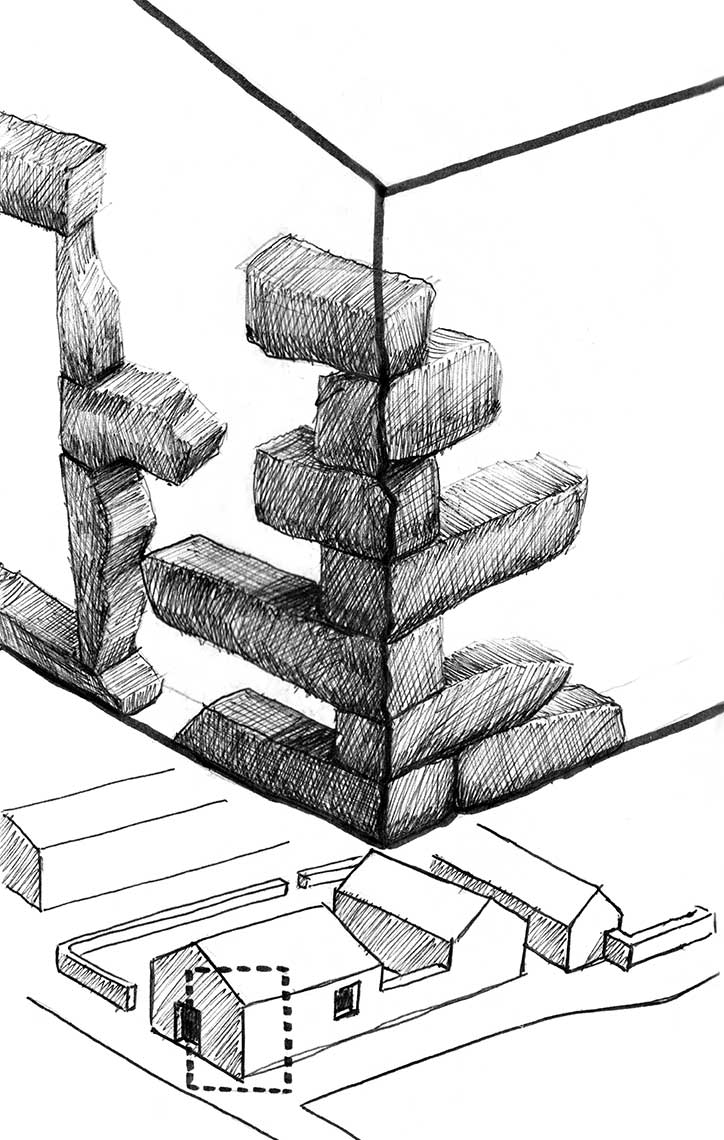 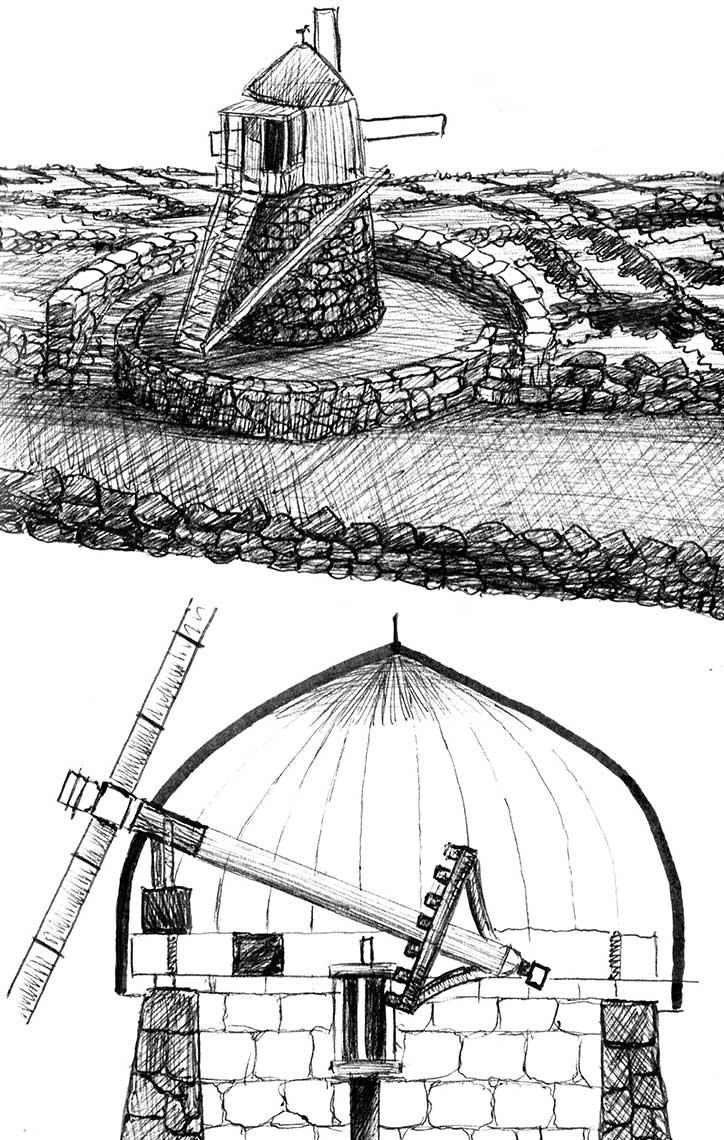 More information about the summer school can be found at the following link: